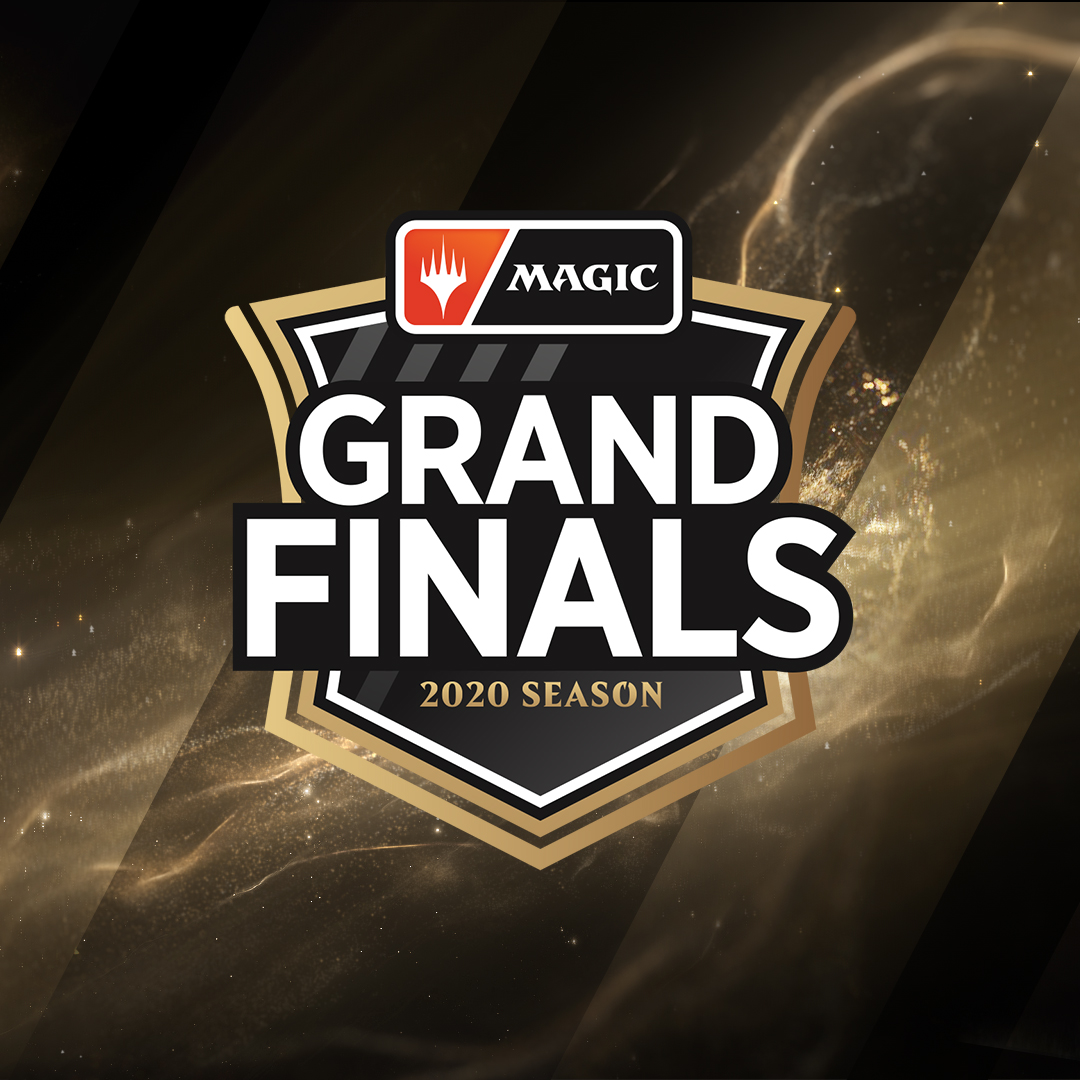 32 players compete in Standard and Historic Constructed for their share of $250,000!

Free to Play | Invite Only | Format: Historic, Standard | In Progress | 32 of 32 Enrolled Players

This tournament is an invite-only event for the 32 players detailed under the Invitees section and is not open to sign-ups.

The 2020 Season Grand Finals will use both Standard and Historic Constructed formats on MTG Arena.

The following players may compete in the 2020 Season Grand Finals:

All players return for Day Two.

Records and tiebreakers earned on Day One carry over to Day Two.

Players for Top 8 are determined and seeded by earning eight (8) match wins or standings at the end of Round 12.

Whenever a player reaches eight (8) match wins they advance to the Top 8.

Top 8 is seeded in order by players reaching eight match wins, beginning with 1st seeding and continuing down through 8th.

Players who are seeded into Top 8 do not continue playing in Swiss rounds. (These players receive byes for the remainder of Swiss rounds.)

After Round 12, players with fewer than eight match wins are seeded into Top 8 based on standings until there are eight players in total seeded.

Tiebreakers for seeding are determined by Swiss standings.

Each Swiss round will be timed by tournament officials at 60 minutes:

Players must challenge their opponent by the time the round has officially started based on the time provided by the tournament organizer.

Players who have not been able to begin their match and who have received communication from their opponent should contact a tournament admin once the round has begun.

At the end of 60 minutes, tournament admins will message players who have not yet reported their match and players still in a match are expected to respond to the admin's message to confirm they are still playing.

The higher seed for all matches, except the matchup in which the last remaining players in the upper and lower bracket compete, may choose to play or draw in Game 1 of their matches.

Players competing in this event agree to have their first and last name displayed on twitch.tv/magic as well as melee.gg and magic.gg.

Each qualified player will be provided access to an account on MTG Arena stocked with four (4) copies of each Standard-legal card as well as enough wild cards and gems to craft necessary Historic-legal cards. This account may be used by the player to prepare for, and is required to be used to participate in, the 2020 Season Grand Finals.

Additional rules that apply to MTG Arena play using this account will be provided to players with account information.

Wizards will use Digital MTR and IPG documents to govern the 2020 Season Grand Finals:

Additional player requirements, including streaming and other policy changes that supersede the Digital MTR, will be communicated to players prior to the start of the tournament.

Feature Match footage will be captured via Discord streaming. Tech checks are being set up via our production partner over the next week. If you have not responded to their inquiries, please do so at your earliest convenience. Note that Feature Matches will be shown at roughly a 10-minute delay on twitch.tv/magic or longer if your Feature Match is a second or third feature for a round and will never be shown live to protect the integrity of the tournament.

Players participating in this event cannot refuse feature matches, as the small field requires all players to be willing to cooperate with production staff for feature matches to ensure we are capable of telling the proper story for this event as the tournament unfolds.

Wizards of the Coast reserves the right, at its sole discretion, to suspend, modify, and change this document or the program it supports at any time and for any reason without notice.

The 2020 Season Grand Finals will take place on Magic: The Gathering Arena:

All times are listed in Seattle local time (PDT).

There is a $250,000 prize pool which will be awarded to competitors based on their final standing in the tournament.