Battle of Frost and Fire 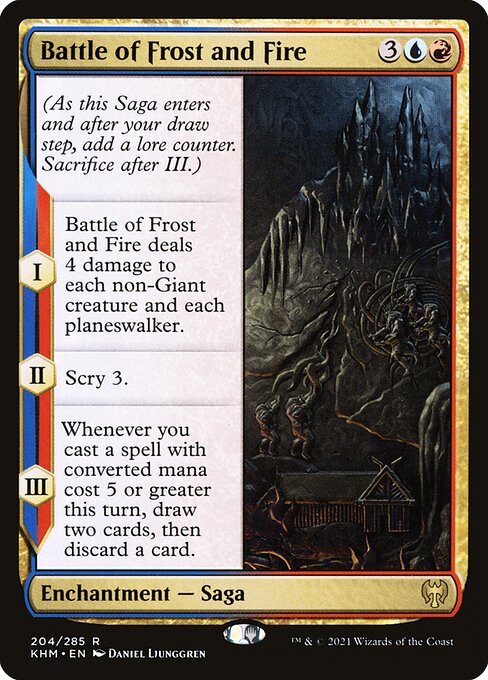 (As this Saga enters and after your draw step, add a lore counter. Sacrifice after III.)
I — Battle of Frost and Fire deals 4 damage to each non-Giant creature and each planeswalker.
II — Scry 3.
III — Whenever you cast a spell with mana value 5 or greater this turn, draw two cards, then discard a card.
Rare from Kaldheim (KHM)
Released: 2/5/2021
Illustrated by: Daniel Ljunggren