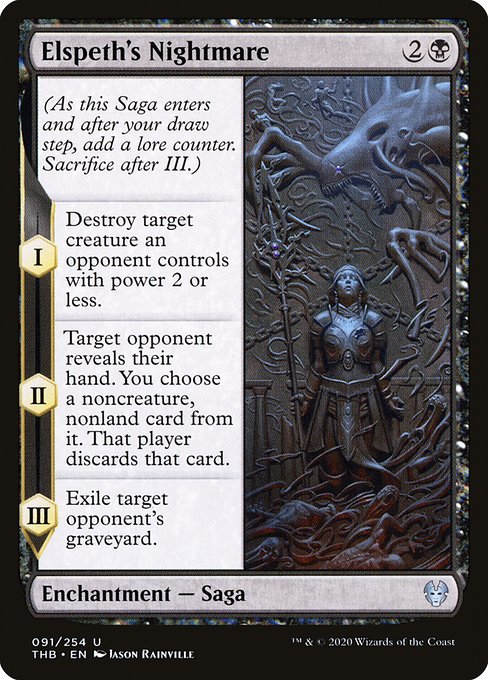 (As this Saga enters and after your draw step, add a lore counter. Sacrifice after III.)
I — Destroy target creature an opponent controls with power 2 or less.
II — Target opponent reveals their hand. You choose a noncreature, nonland card from it. That player discards that card.
III — Exile target opponent's graveyard.
Uncommon from Theros Beyond Death (THB)
Released: 1/24/2020
Illustrated by: Jason Rainville